In collaboration with the Frenchman Bay Reginal Shellfish Committee and Down East Institute (DEI), the Hancock County Soil and Water Conservation District investigated use of spat boxes and novel nursery nets to enhance softshell clam (Mya arenaria) recruitment to offset low survival due to natural mortality, harvest, predation by invasive green crabs, and potentially climate change.  This effort was funded by a grant from the Broad Reach Fund.

Hatchery-produced clam spat raised by the DEI were put in spat boxes and newly designed, experimental nursery nets distributed among 5 study sites.  Empty spat boxes and nursery nets were also placed at several sites to document whether wild spat could be recruited in boxes and/or nets. 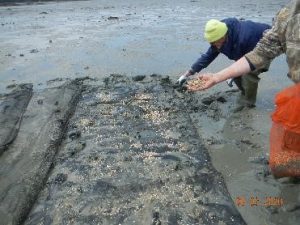 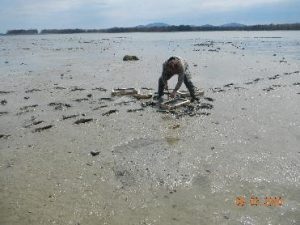 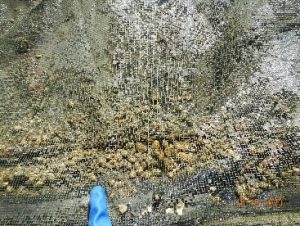 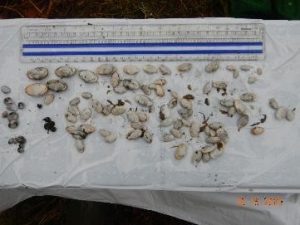 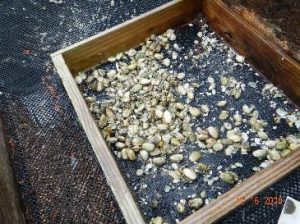 Results after one field season were inconclusive.  Survival of hatchery spat was 66%, which shows some promise.  Wild spat were found in some boxes, but very infrequently and at very low levels.  Green crabs were discovered in some spat boxes, and in virtually all such instances no live hatchery raised clams survived.  In some coves boxes were lost or rendered ineffective due to tidal action and some nets were rendered inoperable due to tearing from unknown causes.  Another trial will be conducted during 2021.